Introduction: Indian Continent is one of the desirable places of earning profits for foreign investors like NRIs, Foreign Nationals, and Foreign Companies due to its flourishing, thriving, and prosperous economy and availability of resources. India is among the fastest-growing economies in the world and because of its tremendous growth and business opportunities most foreign nationals are inclined towards the establishment of various industries in India to earn their livelihood explained by Edge Legal.

In this context, through this article we will look at the process and procedure for a NRIs, Foreign National and Foreign Companies in order to incorporate, manage and grow a business in India. This article is intended for those companies and startups that have registered their companies outside India and want to operate in India as a part of foreign companies.

A company can be registered as a private company or a public company depending upon the desirability of the person who wants to incorporate the company. A private limited company is a closely held company and enjoins privileges given by the Companies Act, 2013. A public limited company is a company, where public is interested and it is required to comply with the lots of rules and regulations framed by the Companies Act, 2013. Generally, foreign companies incorporate private limited companies in India.

Incorporate a company under the Companies Act, 2013 as a joint venture or wholly-owned subsidiary.

Set up Liaison Office/ Representative Office or a Project Office or a Branch Office of the foreign company which can undertake activities permitted under the Foreign Exchange Management( Establishment in India of Branch Office or Other Place of Business) Regulations, 2000.

Definition of Foreign Company: A foreign company in simple definition can be understood as a company incorporated outside India is known as a foreign company. Taking consideration from the law point of view it is defined under:

Section 2(42) of Companies Act, 2013 says, “A foreign company means any company or body corporate incorporated outside India which-

As per Section 379, “where not less than 50% of the paid-up share capital, whether equity or preference or partly equity or partly preference, of a foreign company, is held by:

Whether singly or in the aggregate, such company shall comply with the provisions of Chapter- XII and such other provisions of this Act as may be prescribed with the regard to the business carried on by it in India as if it were a company incorporated in India.

For Illustration: A company that incorporated outside India (i.e. in a Foreign Country) is called a Foreign Company. For example XYZ Inc. U.S.A.

This is only possible where 100% FDI (Foreign Direct Investment) is permitted and no prior approval is required from the Reserve Bank of India.  For more details, this RBI circular can be read.

All types of business activities are permitted such as manufacturing, marketing, service industry.

Where 100% FDI (Foreign Direct Investment) is permitted no prior approval of RBI (Reserve Bank of India) is required or needed.

It is treated as a Domestic Company under Tax Law and is eligible for all exemptions, deduction benefits as applicable to any other Indian Company.

Minimum Requirement: there are the following minimum requirements in order to incorporate wholly-owned subsidiary company in India and i.e.

A Private limited company must have a minimum of two directors and can have a maximum of fifteen directors. It is recommended that at least one director be an Indian Citizen and Indian Resident, while other Board members can be of any nationality or residency.

The process to Obtain Digital Signature Certificate: the foreign nationals or NRI must submit a passport size photograph, self-attested and notarized copy of his/her passport, and address proof (Drivers License, Utility Bill, and Residency Card). Once, the digital signature certificate is obtained, DIN can be obtained for the foreign nationals or NRI and he/she may be added to the Board of Directors during incorporation.

Shareholding: the shareholding of the Indian company can be held by a foreign national or foreign entity, subject to the FDI norms in India. Companies Act, 2013 requires that a Private Limited Company have a minimum number of two shareholders and a maximum of two hundred shareholders. Since RBI (Reserve Bank of India) allows 100% FDI (Foreign Direct Investment) in many of the sectors of in India under the automatic route, the process for ownership of shares of an Indian Company by a Foreign Nationals or Foreign Entity is simple.

The said form DIN 1 is to be filed with the scan copies of the applicant’s photograph, identity proof, a valid residential proof and a verification/ declaration in the prescribed format to be given by the applicant (who is applying for the DIN). Upon online submission of the form DIN 1 and outline payment of the fee, a payment DIN to the director will be allotted immediately.

Digital Signature Certificate (“DSC”): any one of the proposed directors is required to obtain a digital signature certificate (DSC) in India for online E- form with the concerned Registrar of Companies (“ROC”). For obtaining DSC an application is made under the signature of the director who intends to obtain the DSC along with the copy of his identity proof and a copy of his residence proof.

Following documents are required to make DIN application and DSC for each of the proposed directors:

All the aforementioned documents should be attested by a notary public in the country of residence of the applicant.

Stage-II:  Application for name approval of the proposed company with ROC

After obtaining the DIN and DSC the as aforesaid, an online application for the availability of the proposed name (in the prescribed Form 1A), along with six proposed names in order of preference (maybe less than six), each one indicating, as far as possible, the main objects (principal activities) of the company, shall be submitted to the ROC. The name of a private company should end with the words “Private Limited”.

If the proposed company is the subsidiary of a body corporate incorporated outside India. Form 1A is required to be re-filled along with the following attachment at the website of the Ministry of Company Affairs, India:

Stage-III: Drafting and Stamping of Memorandum and Articles of Association (“MOA and AOA”)

MOA and AOA are to be drafted in compliance with the provisions of the Act. Adequate stamp duty would be required to be paid thereupon based on the authorized capital of the company. The stamp duty on MOA and AOA shall be paid along with the filing fee payable at the time of filing of incorporation related documents.

Stage- IV: Incorporation Documents to be filled with the ROC

After the same approval, the following forms have to be e-filed with the ROC after having been digitally signed by any of the proposed directors. The lists of documents are as follows:

All the aforesaid incorporation documents are to be submitted with the ROC as attachments of the INC E form  along with:

The ROC will then scrutinize the above-mentioned documents and if necessary, directs the authorized person to make necessary corrections therein. The ROC after being satisfied that all the documents are complete’ issues the certificate of the incorporation of the company, which is the conclusive proof of registration of the company in India.

How many people are required to incorporate a Limited Company?

What is the capital required to start a Limited Company?

Is an office required for starting a Limited Company?

Do I have to be present in person to incorporate a Limited Company?

What are the documents required for incorporation?

How long will it take to incorporate a Company?

How long is the incorporation of the Company valid for?

What is authorized capital fee?

What are the statutory compliances required for a Limited Company?

Can NRIs / Foreign Nationals be a Director in a Limited Company?

Can NRIs / Foreigners hold shares of a Limited Company?

What are FDI Guidelines for Foreigners in a Limited Company? 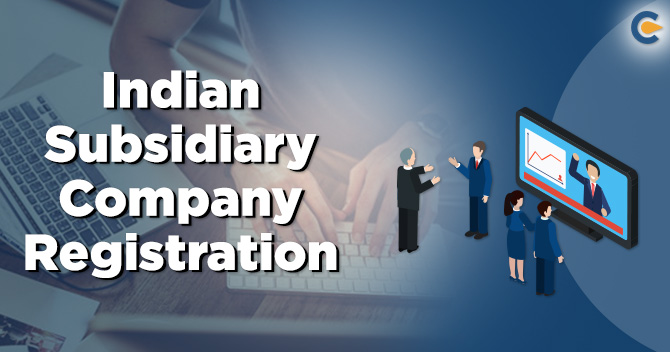